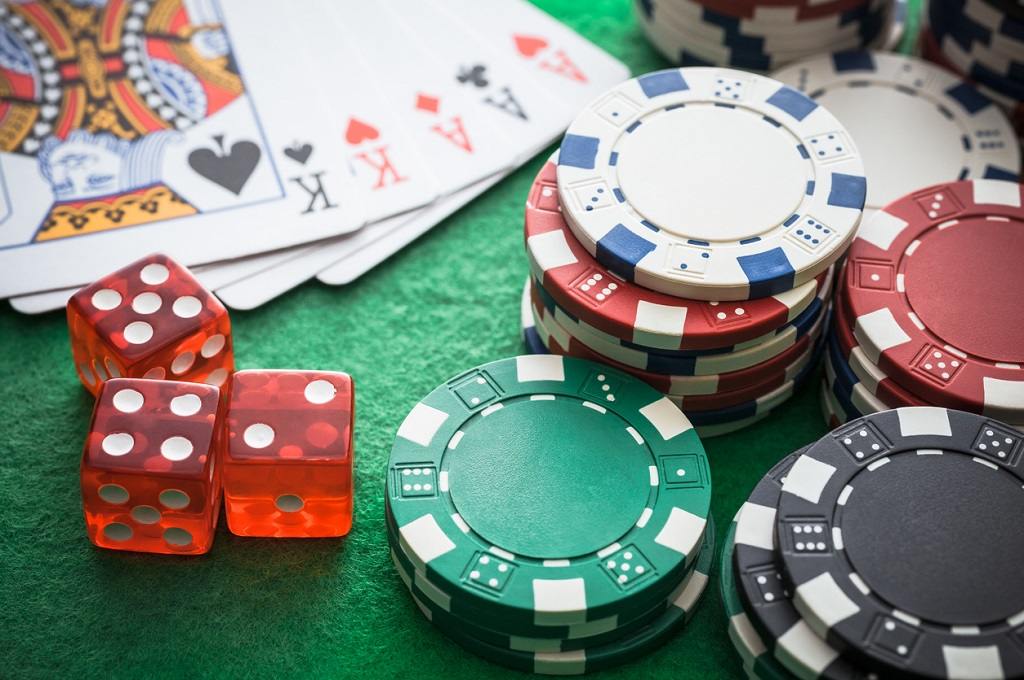 Ever since slot machines were created, fraudulent players. Have tried to “crack” the system by using slot machine tricks to falsify the results in land-based casinos. In fact, understanding different tips and strategies for slot machines is a subject that arouses a lot of curiosity among gamblers, as is the question: is it possible to manipulate a slot machine ?

From high-tech methods to even more clunky cheats like tying a coin to a string. People use different ways to circumvent the slot machine system in hopes of winning big at the casino. Among the ways to cheat in slot games, some of the most common are:

Obviously, all the practices indicated above are illegal. So don’t try to use them, as gambling authorities consider such cheating to be very serious and anyone. Who commits a crime while trying to circumvent the results of such machines could end up behind bars. And the sentences are long, so don’t even think about taking any chances.

Although we consider that most of these slot machine tricks are unfeasible. We will present them one by one just out of curiosity. Now, follow some of the lowest tricks to win in slot machines. Come on? 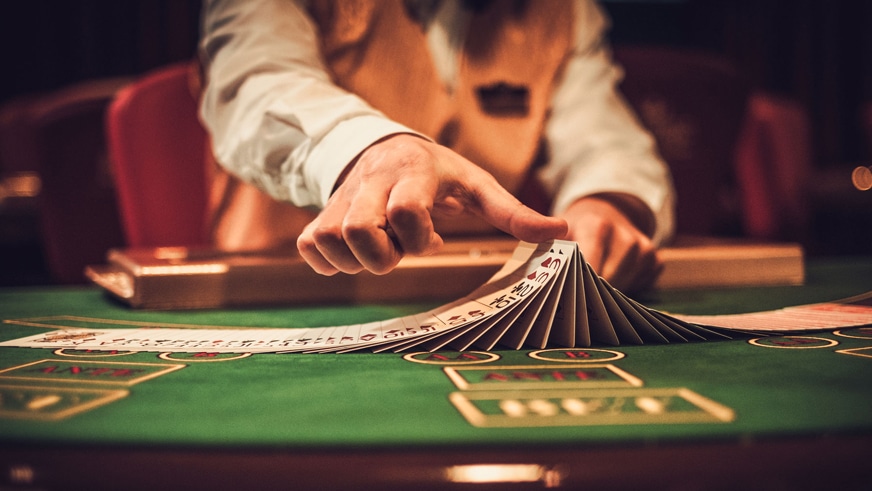 Before finding out if cheating the codes produces any results. You first need to understand how slot machines work. The job of gambling jurisdictions is to ensure that all software providers. Casino operators and players comply with the rules and regulations related to gambling. Therefore, all games, as well as the respective sessions. Are carefully audited and monitored to prevent the application of slot machine tricks.

However, there is always someone who tries to break the rules. One person has already tried to cheat a slot machine knowing the source codes and later we will reveal his name. For now, just know that knowing the codes is one of the fraudulent “methods”. But we don’t know if anyone managed to break the system. This way, earn money, and escape unharmed

2.Use magnet to cheat

Today’s slot machines are protected from any magnetic influence. However, around 1960, some slot machines were vulnerable. So it was possible to use a powerful magnet to make the reels spin freely. Preventing them from stopping randomly where they should.

Once the winning combination of symbols appeared. The cheaters would pull out the magnet and request the payout indicated on the game screen. Does this still work? Of course not, as the results of slot machines are produced by a random number generator.

3. Make use of cell phones

Using a cell phone to record video. While spinning the reels of slot machines is one of the tricks to try to discover winning combinations. After the video is recorded and sent, the live image receivers will analyze the game’s algorithm until. They generate the winning combination. Most land-based casinos have security cameras to identify and stop suspicious activity. But figuring out the combinations can be even more difficult.

In the past, scammers used different slot machine tricks to hack the results. Including using coins as a fraudulent device. Some of them you might find funny, such as:

Since their invention, slot games have become even more advanced, using a light sensor to record payouts. In most cases, the optical sensor works independently of the physical comparator. So, if a scraped coin is inserted at the same time as another object of the same shape and size, it would be expelled, but the object would stay inside the slot machine and start the game.

In the past, slot machines took bets based on the weight of the coins. Therefore, some players used fake coins with the same weight as the real ones and produced with a similar material. Some worked, some didn’t; however, with the advancement of technology, it is currently impossible to cheat with counterfeit coins, do you agree? Any experienced player can confirm how difficult it is to find physical slot machines that will accept anything other than game-specific coins.

Also part of the list of slot machine tricks is the use of yo-yo coin. The technique consists of tying a string to the coin and inserting it into the slot machine so that the game is activated. After that, the cheater would just pull the string and pull out the coin, just like a yo-yo. In theory, the method could be used over and over again, but, of course, that would be impossible today.

People not only used counterfeit coins to cheat on slot machines, they also made use of so-called fraudulent devices, for example:

One of the devices used as a slot machine trick is known as Bill Validator. The idea would be to roll it into a bill, for example, 100 dollars, when in fact the machine would only accept 1 dollar.

Can you believe that people used light sticks to magically get jackpot wins? Sounds like a prank, but some claimed they knew how to perform the trick for their own benefit. In theory, the light stick could blind the slot machine’s optical sensor, which would prevent the machine from calculating how many coins were deposited. Thus, the system would lose control when releasing the premium payment.

The Monkey Paw device consisted of a metal rod bent and attached to a guitar string. To work, the inventor only needed to push it into the slot machine’s air outlet and turn it so that he could operate the switch button on the coin deposit. Sounds like science fiction, don’t you think?

If you thought it was over, you are wrong. Now, let’s introduce some software and hardware related slot machine tricks.

Sometimes the casino cannot pay the jackpot because of a software glitch. Because of this, some players had the idea of ​​using this loophole to manipulate the system. There are certain betting patterns that could be used by players to confuse the machine and trigger a glitch that pays the jackpot. As so many cheaters have taken advantage of this over the years, a number of honest jackpot winners may not have received their prizes due to the fraudulent practice.

Computer chip replacement was another method used in the past as a slot machine trick. For example, Dennis Nikrasch (we’ll explain about him later) bought a slot machine and, in his garage, investigated all the equipment to understand how it worked and discover its weaknesses. His main idea was to reprogram the computer chips inside the machine and manipulate the jackpots. He even hired a complete team of cheaters and with their help he managed to exchange independent chips for his own, which were manipulated.

In the 1980s, a group of men managed to open a slot machine and insert piano strings to lock the clock that measured the rotations of the spools and thus manipulate the spins. Although they managed to hit the jackpot, the entire scheme was recorded and discovered. What happened to the “winner”? He was arrested.

Probably one of the most popular methods of cheating in slot machines became known by the name top-bottom joint, which is nothing more than an articulated tool divided into two parts: a metal rod on top with a long wire, like wire. The wire was to be placed inside the place where the coin was to be inserted, while the metal rod would act as a coin. Thus, the scammers would be able to jam the machine and make it release all the coins that were inside it.

Most slot games rely solely on luck, but there are some that require certain skills, and successful gamblers have tried to use this to their advantage. Some professional players even knew how to hack slot machines, as we will point out below.

Probably Tommy Glenn Carmichael is the best known among slot machine Mbitcasino cheaters in the entire history of gambling. Perhaps, he was the first to use one of the most well-known slot machine tricks, the light stick, to get jackpot prizes, turning small wins into big payouts. Incidentally, he was also the creator of the monkey paws device.

According to some sources, Louis Colavecchio became famous for using fake coins as a slot machine trick in many casinos. He was arrested in 1998, released in 2006, and back behind bars for being caught cheating again.

Ronald Dale Harris not only tried one of the slot machine tricks, he manipulated the machine knowing the source codes. You may wonder: how did he know this? Well, being a computer technician, his job consisted of randomly choosing slot machines and checking their respective EPROM chips. A while later, he was accused of reprogramming the slot machines that paid out prizes right after a certain sequence of coins were inserted. Back home, Harris was fired and, of course, arrested.

Former locksmith Dennis Nikrasch was responsible for one of the biggest casino scams in Las Vegas history after cheating slot machines and stealing $15 million over two decades. As stated earlier, Dennis Nikrasch replaced the standalone computer chip with a named one and performed some of the most elaborate cheats.

Can you cheat slot machine and succeed?

In our opinion, we believe that most reasonable people would not try to apply slot machine tricks to cheat. As it is practically impossible to steal from online casinos, it would take a huge effort to circumvent physical slot machines, not to mention that the great risk of ending up in prison is very great. Anyway, we hope you had fun reading our blog and we look forward to seeing you in our forum to talk more about it. 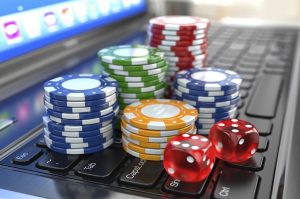 The Most Common Mistakes And Problems Of Online Casino Operators 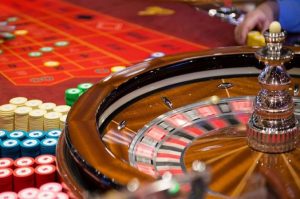